Holidays in Trogir condense all the charm of Croatia into a compact and picturesque coastal setting. This historic town oozes Mediterranean charisma with its terracotta roof tiles and rough stone walls, as well as being great place for sightseeing. Every building has a story to tell and every road leads to a fascinating destination, as the central Romanesque-Gothic and Venetian architecture has earned the centre of Trogir UNESCO World Heritage status.

Croatia’s sunny climate has inspired a café culture in Trogir and its narrow streets are peppered with tables and parasols. The compact town centre is perfect for exploring on foot, while Split is less than half an hour’s drive east along stunning coastal roads.

Thanks to its sheltered coastal setting, Trogir holidays provide a suitably Mediterranean climate, with temperatures ranging between 15C and 30C and the sun shining for more than seven hours every day on average. However, with palaces and historic buildings at every turn, sunbathing may take second place to sightseeing. It would be a shame to have a holiday in Trogir without getting to appreciate this town’s many attributes.

Trogir has been moulded by some of the world’s finest civilisations, including the Greeks and Romans, and its rich cultural heritage is matched only by its spectacular coastal surroundings. The town’s Mediterranean beauty was immortalised by the BBC, when scenes for episodes of Doctor Who were filmed here as a stand-in for Venice and Provence. The Tardis might have departed, but Trogir’s breathtaking setting remains, with a pedestrianised islet nestling between the residential mainland and the neighbouring island of Ciovo. The mountainous skyline and azure Adriatic waters provide picture-postcard backdrops to the Old Town, which has been granted UNESCO World Heritage status. 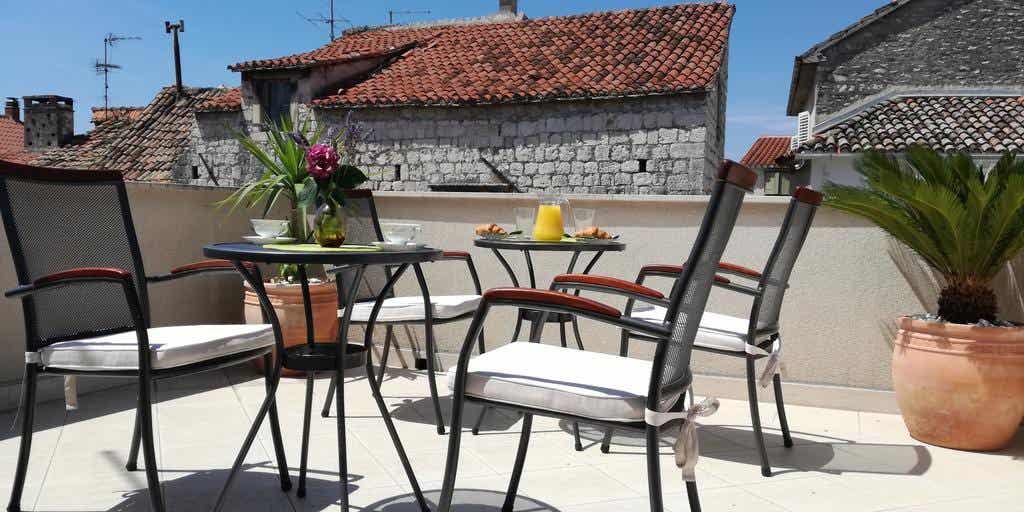 From £192 per person Check availability 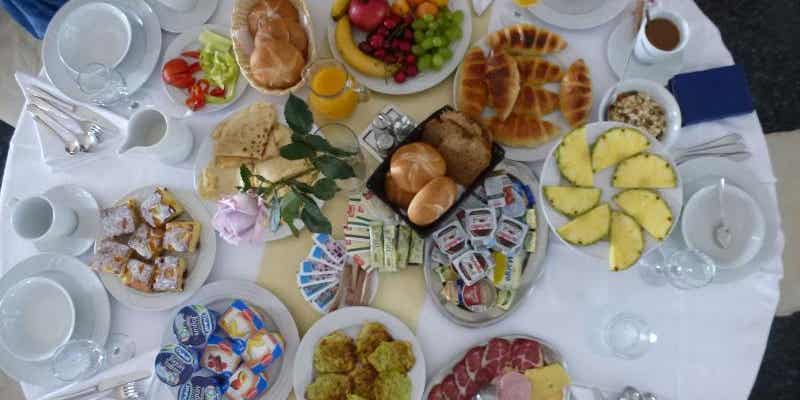 From £305 per person Check availability 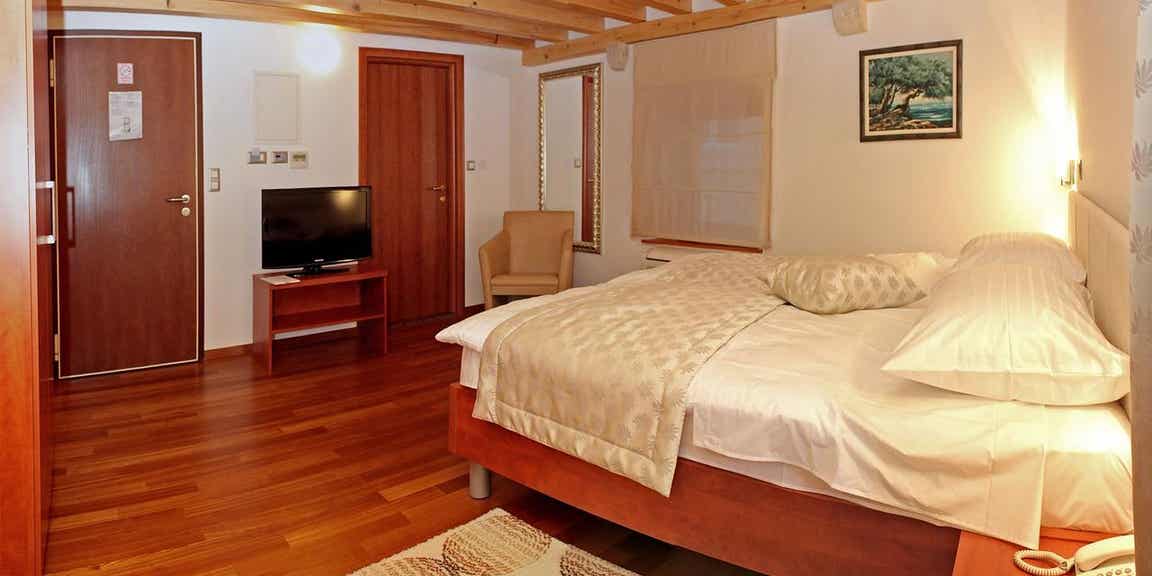 From £461 per person Check availability
View all Trogir hotel deals

Your guide to Trogir holidays

Holidays in Trogir offer plenty of attractions, but the medieval core is quite unmissable. Framed by 15th-century walls, its buildings are even older, with some properties dating back to the 1200s. The Venetians added their distinctive stamp during a 400-year occupation; their Fortress Kamerlengo is now a leading tourist attraction. It also lends its name to one of Trogir’s most popular restaurants, which has been serving local cuisine to hungry visitors since the 1980s.

Trogir holidays provide an opportunity to discover the town’s illustrious past. This lineage is perhaps best celebrated by the Town Museum, condensing 23 centuries of history into a single handy location. Also known as the Duke’s Palace, the City Hall offers photo opportunities in abundance and so does Trogir’s waterfront. Every summer, it welcomes fleets of superyachts as wealthy travellers arrive from overseas – quite literally – to enjoy the peaceful relaxation of holidays in Trogir.

Trogir’s mainland streets feature a well-spaced collection of villas surrounded by mature trees, extending down onto a bustling coastal esplanade. Cross a narrow bridge onto the historic central island and the town’s character changes entirely. A maze of immaculate pathways and pavements snake around timeless stone buildings, with chic stores and boutique hotels just waiting to be discovered.

Tourism has been the main industry here for generations and holidays in Trogir are renowned for the warm hospitality served up by locals. This is a superb base for exploring the nearby Dalmatian Islands, although Trogir’s UNESCO-listed Old Town deserves exploration as well.

Trogir is not primarily a beach destination. Two nearby beach destinations, Okrug Gornji and Seget Vranjica, provide accessible beaches, but if its beaches you're after (with a similiar atmosphere to Trogir) why not try Primosten up the coast? Or Cavtat, close to Dubrovnik?

Like anywhere else on the Dalmatian Coast, seafood takes culinary priority in Trogir. Croatian's and their seafood go back many centuries, and the methods of cooking have stayed almost exactly the same. Simple grilling methods mean the freshness and tastiness of the seafood is retained. Expect healthy and light meals.

Some specialties to look out for include Prsut (dried ham), sheep's cheese, salty sardines and fresh vegetables. Croatian wine and olive oil are well-renowned and not to be missed.

The Riva in Trogir is where most of the nightlife action happens, a strip of bars and restaurants along the waterfront providing casual evenings and fun.