Tenerife’s vibrant capital city is nestled at the foot of the Anaga Mountains and provides holidaymakers with the perfect combination of sandy beaches and rugged terrain.

Thanks to Santa Cruz's great weather, it offers plenty of outdoor activities for everyone to enjoy. Whether lazing on the beautiful beaches, meandering the scenic parks, or making the most of the fine dining and nightlife on offer, Santa Cruz holidays continue to be a popular choice for those heading to the Canary Islands. With so much to see and do, why not make Santa Cruz your holiday destination in 2021?

Santa Cruz is home to a dramatic mountainous backdrop and attractive sandy shoreline, and is ideal for holidaymakers looking to get outside and appreciate the island's natural landscape. Visit the busy unspoilt beach of Playa de Las Teresitas, or head into the city itself to discover the historic and colourful buildings from the city's past. As a capital city, Santa Cruz is well served by high-quality restaurants and independent shops. Cultural points of interest like museums and an incredible auditorium offer plenty of entertainment, while the clubs and bars guarantee a good night out.

Santa Cruz holidays are calling your name, so make it your beach destination this year.

Not your typical beach resort, Santa Cruz is home to the man-made Playa de las Teresitas

Cultural hotspot not to miss

Check out the Carnival of Santa Cruz which takes place every February, expect colourful costumes and big bands playing music

Visit the unique wavelike structure, the Adán Martín Auditorium, an arts venue but intriguing to look at from the outside too!

Check out the Market of Our Lady of Africa for a range of food items, Canarian coffee and arts and crafts

Your guide to Santa Cruz holidays

The Museum of Man and Nature has three floors dedicated to the history and nature of the Canary Archipelago, and is a fascinating way to get to know your holiday destination. There is also a Military Museum displaying artefacts of the area’s warfare through history. Both are a great opportunity to get kids interested in history by sneaking some educational visits into your holiday.

The Auditorio de Tenerife is one of the city’s most distinctive and eye-catching buildings. It’s also the place to go if you want to catch a show while on holiday. There are music and theatrical performances to suit many tastes, from classical to comedic. An alternative is the Guimera Theatre, which dates back to 1851 and still stages musicals, plays and operas.

Walking around the city and gazing at the buildings is an attraction in itself – the distinctive architecture makes shops and offices look like works of art. If you somehow find yourself tired of the beach at Playa de Las Teresitas, it may be time to visit the Cesar Manrique Maritime Park. This man-made complex offers multiple swimming pools, fountains, palm trees and places to relax.

There are five main beaches in and around Santa Cruz, so you’ll be spoilt for choice when it comes to fun in the sun. The best place to park yourself on the sand is Las Teresitas. This white sandy beach stretches over one kilometre and is lined with shady palm trees.

El Roque is more suited for families on a holiday in Santa Cruz. The beach is made up of fine, dark sand and the entire beach is surrounded by restaurants and other facilities to keep families fed.

Antequera is for the adventurous beachgoer as it is only reachable by boat or by making a long hike. But when you get to the end of the hike, you will find a piece of paradise as the volcanic sand is a unique part of Tenerife’s landscape.

A holiday in Santa Cruz combines the best parts of a beach holiday with a city break. Families who love to be active will love spending the days soaking up sun on the gorgeous shores of Santa Cruz. The beaches have a variety of water sports for families to take part in and enjoy. Windsurf, kayak and jet ski through the waters that surround the capital.

The rugged hills and mountains around Santa Cruz are perfect for families looking for a hike. The landscape is also a great spot to spend time mountain biking, and if you like extreme sports, you can take to the cliffs and spend a day climbing.

Families interested in inspecting some of the Canary Island's best contemporary art will find plenty of artworks to view at the T.E.A. Also known as the Museum Oscar Dominguez, the museum changes its displays and exhibits quite often. If the kids need a little break from sightseeing, the T.E.A. has free Wi-Fi.

Loro Parque is a family favourite and combines a zoo with a theme park that showcases parrots. There are over 4,000 types of parrots on display in the park and it’s a great way for children to get up close and personal with some unique birds. The park isn't just about parrots and visitors can also discover whales, penguins, dolphins and more on a visit.

For a secluded day at the beach, couples can discover Masca Valley Bay. The trip to Masca isn't the easiest to make, so couples looking for a challenge will love the adventure of getting there as much as soaking up the surf. You can get to Masca by road and travel the twists and turns by hire car.

If you are looking for adventure, take a day trip to Garachico. The picture-perfect town has traditional churches and architecture lining its quaint streets. It is a perfect place to stroll with a loved one and stopping off at a pavement café or restaurant is a great way to relax.

At Santa Cruz's harbour you will find your opportunity to take to the high seas. Join a sailing tour of the waters around the capital city. Go dolphin-spotting or cast your line into the deep blue waters to catch yourself a fresh fish.

Of course, spending your time around Las Teresitas is where you will find the much of the excitement around Santa Cruz. Spend a day at the beach and sip drinks at the nearby bars. Grab a bite to eat when the sun goes down before partying all night beachside.

The Anaga Mountains provide holidaymakers with great hiking and mountain biking opportunities. For visitors who love to take photographs, the mountains offer a spectacular backdrop for beautiful photography. The area is protected, and the worn trails and lush greenery are great for visitors on a day out.

Golf lovers will find plenty of reasons to love a holiday in Santa Cruz. The capital is home to a number of high-quality golf courses that are European PGA tour level. Play a full 18 holes or just play the front nine on a day out at one of the area’s great golf courses.

Mount Teide is an amazing climbing experience and the mountain overlooks the entire island of Tenerife. Holidaymakers can hike the volcanic landscape of Mount Teide or take the cable car to the top for a chance to see some of the best views around.

The arts scene provides plenty of unmissable things to do in Santa Cruz, and gives you an insight into the true culture of the city. The sculpture trail is a must, even if you don’t consider yourself to be an art lover. Following this walkway with its sculptures by well-known artists is a great way to explore the city - particularly if you get a tour guide to show you around. If you do class yourself as an avid art lover, the Municipal Museum of Fine Arts has a permanent exhibition that you must not miss.

Every February it’s time for the Carnival of Santa Cruz de Tenerife, a huge and spectacular celebration and one of the best anywhere in the world, coming second in popularity only to the Rio Carnival in Brazil. A million people travel to the party, with a parade, dancing, fancy dress and more during the official street events.

A holiday in Santa Cruz isn't just a beach getaway. The island city is calling your name in 2021, so answer the call and head for paradise this year.

Eating out in Santa Cruz

Thanks to Tenerife's location, the island has been influenced by several cultures when it comes to its cuisine. Combining the traditional foods of Spain with West African and South American flavours, Tenerife's food is all its own. As the island's capital city, Santa Cruz has a wonderful variety of dining options. Visitors can dine on traditional tapas or tuck into seafood paella.

The foods of the island are made with local ingredients providing fresh meals to holidaymakers. Tenerife's cuisine calls for the freshest of vegetables and fruits, and you will get that every time.

One of Santa Cruz's favourite dishes is papas arrugadas, wrinkled and salty potatoes. Served with spicy sauce mojos, the potatoes are eaten all over the city. Sit back and sip a locally produced wine or beer as you watch the sun set over the island paradise. 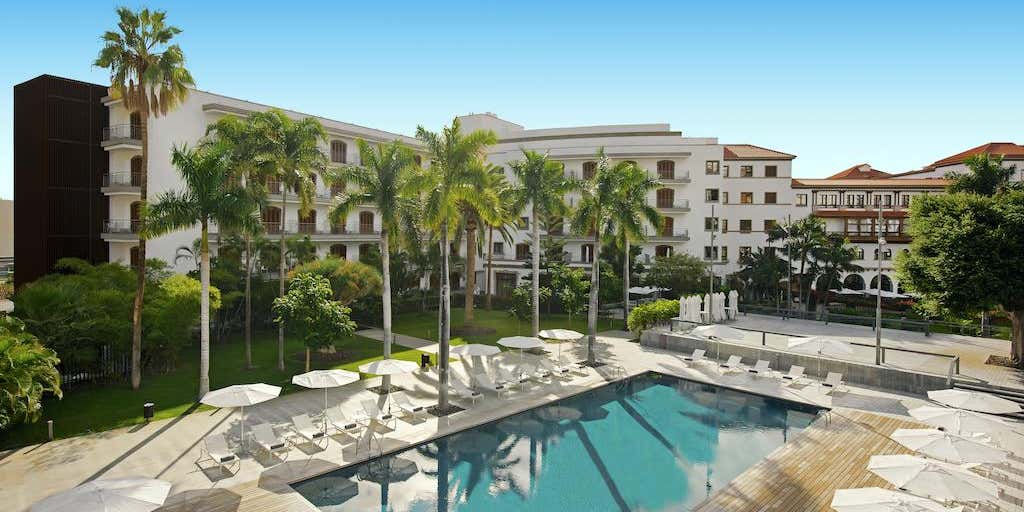 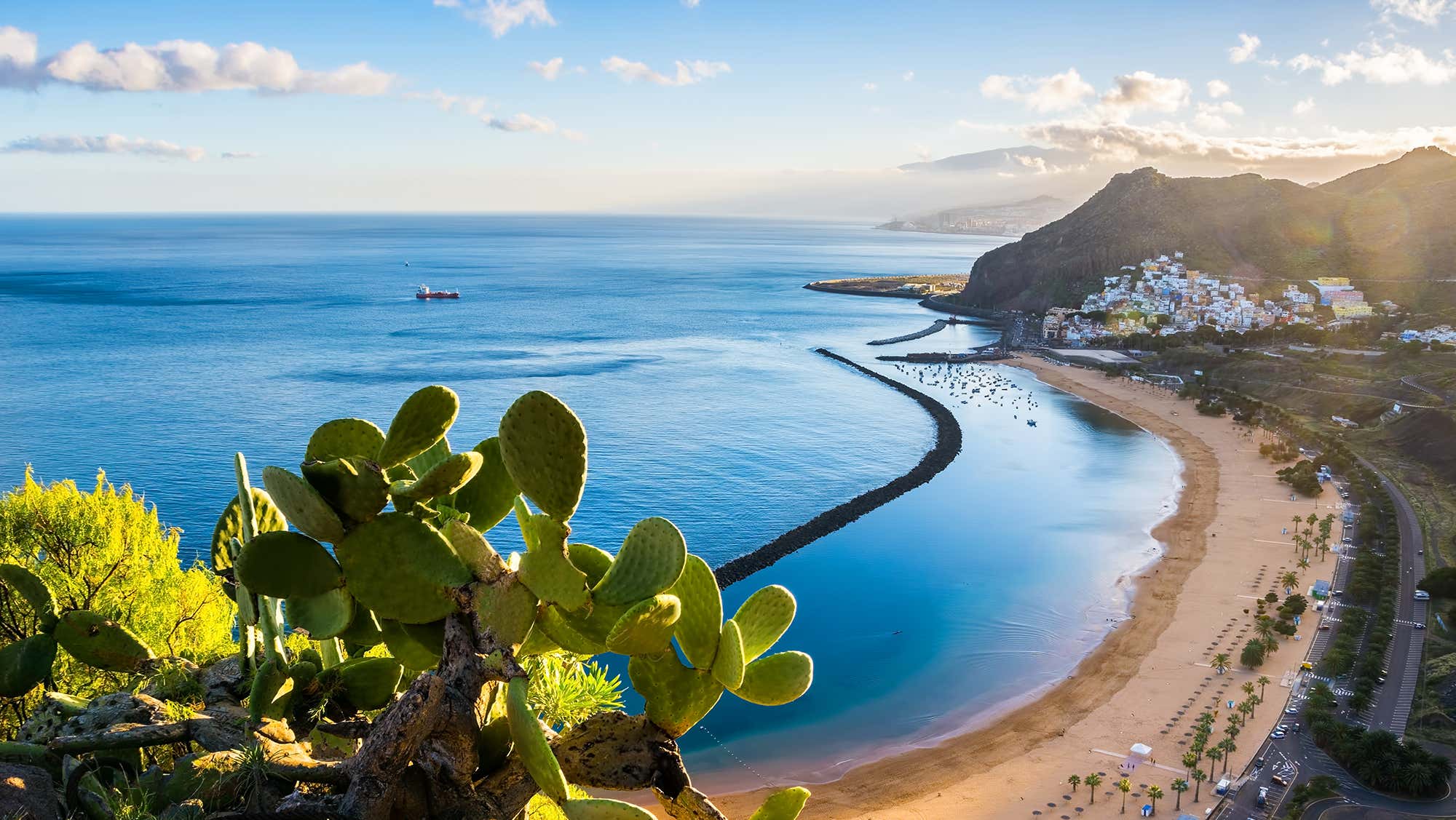