With a great central location, the 4 star Club Paradiso Zalagh Resort & Spa could be your oasis of peace and calm in one of the most vibrantly chaotic cities on earth, one that has been attracting traders and travellers for centuries.

Club Paradiso Zalagh Resort & Spa has its own small pool and bar, as well as enjoying a relationship with the neighbouring resort Zalagh Kasbah Resort and Spa which provides guests to Club Paradiso with access to the facilities of its neighbour. These facilities include a large courtyard pool, all the buildings boast traditional Moroccan architectural styles. Guests also have access to an indoor pool, which is part of a big spa and wellness offering that majors in marbled walls, traditional domed roofs, and steam as well as water treatments. A good portfolio of practical facilities includes free Wi-Fi in public areas and on-site shopping. The benefit of residing in Club Paradiso is that you have access to all of the facilities in Zalagh Kasbah Resort and Spa but can book an all-inclusive package, something unavailable at the alternative resort, saving you money while you enjoy the same Morrocan luxuries.

You won’t have far from the Club Paradiso Zalagh Resort & Spa to start discovering this fascinating and historic city. The walls of the Medina – the traditional Arab quarter of the city – loom up nearby. It’s a UNESCO World Heritage Site and packed with culture and traders selling wonderful local products. Add Jemaa-el-Fna square to your shopping route, possibly the largest open market of its kind in Africa. The cities' gardens attract many visitors every year and are worth exploring too. The Menara gardens, with dozens of varieties of olive trees, were laid out in the 12th century.Yves Saint Laurent, France’s fashion king, owned the predictably stylish Jardin Majorelle, which is also open to visitors.

To the south of the city lie the Atlas Mountains, one of the wonders of Africa, and brilliant hiking, off-road, wildlife, and cultural excursion territory. Casablanca, one of Africa’s largest and most exciting cities, is just three hours away by train to the north and is thus easily reached.

Plan your Moroccan adventure from the peace and calm of this beautiful city-centre oasis. Book the Club Paradiso Zalagh Resort & Spa with Loveholidays now!

Make yourself at home in one of the 119 individually decorated guestrooms, featuring refrigerators and LCD televisions. Rooms have private balconies. Complimentary wireless Internet access keeps you connected, and satellite programming is available for your entertainment. Private bathrooms with shower/tub combinations feature complimentary toiletries and bidets.

The hotel has one restaurant. All Inclusive: All inclusive includes breakfast, dinner, snacks, soft-drinks, late breakfast and beer. Half Board: Half board includes, breakfast and dinner. No tea or coffee is offered. 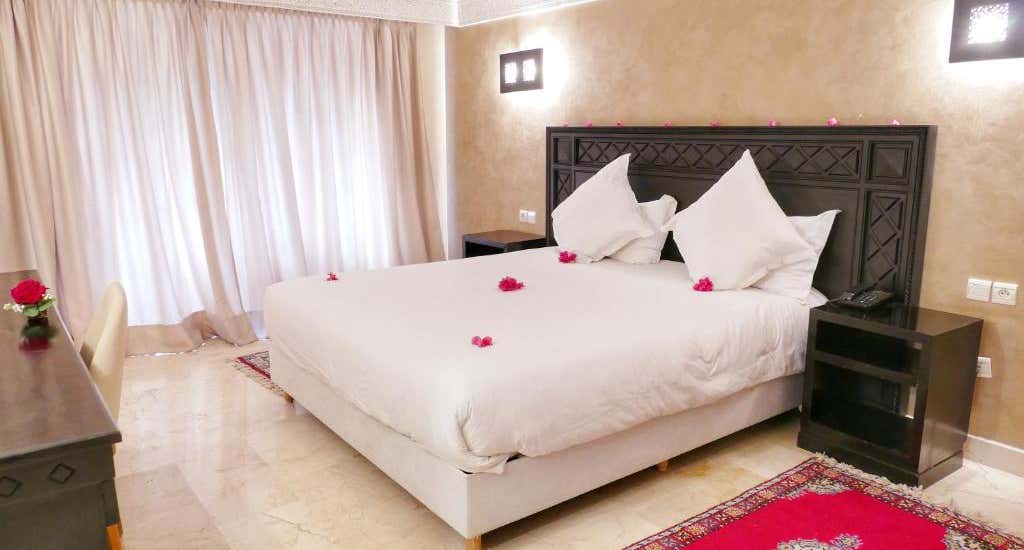 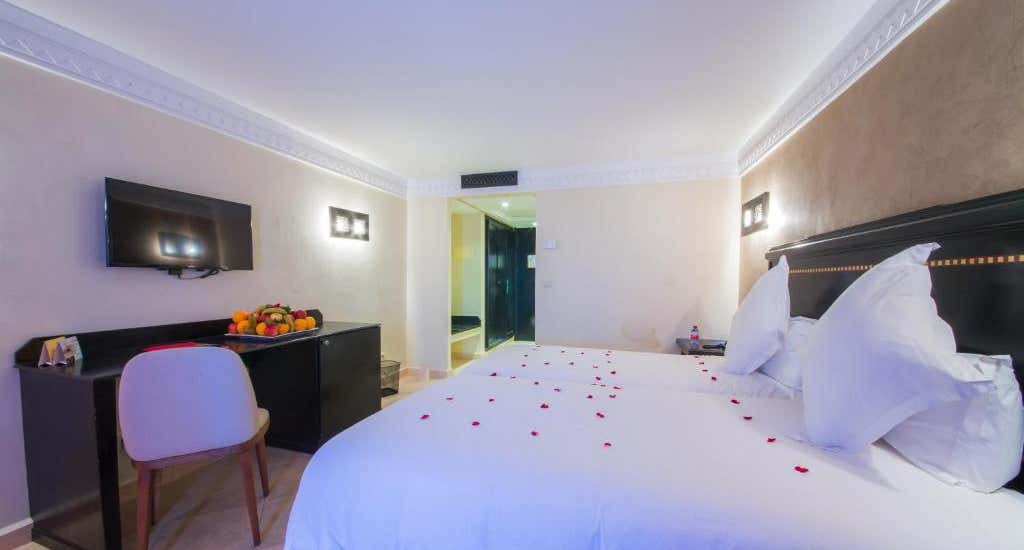 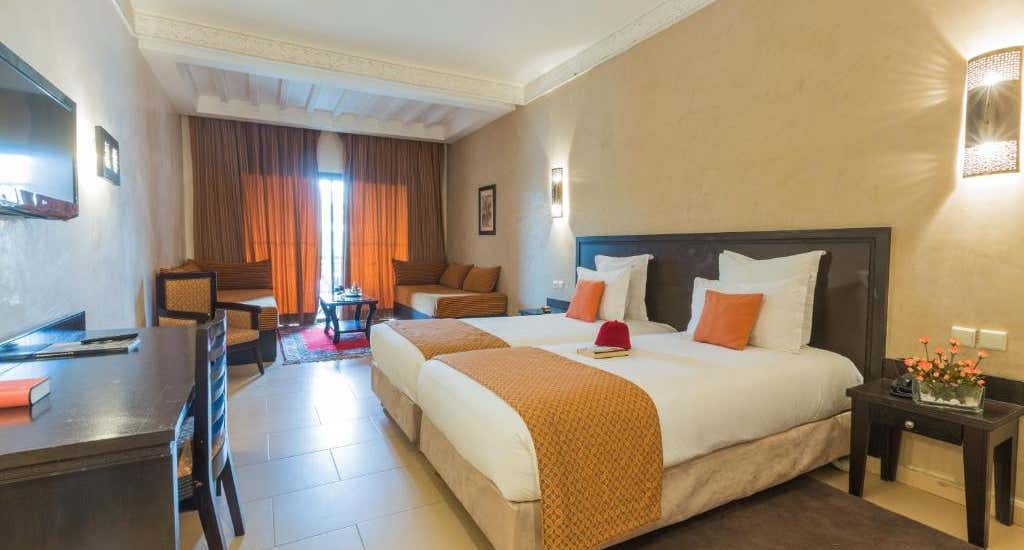