Goa, a state in Western India on the Arabian Sea is known for beach holidays, charming fishing villages and buzzing nightlife.

The colonial Portugese influence is evident in Goan culture and combines with the hot and tropical climate to make for an amazing holiday destination.

Goa is great for:

We love the golden sands of Baga and Calangute beach

Discover the famous Dudhsagar Waterfalls or why not visit a fragrant spice plantation?

Don't miss out on the preserved Renaissance architecture in Old Goa

Cultural hotspot not to miss

See one of the many colourful Hindu festival throughout the year!

You must visit the bustling Saturday Night Market near Arpora for its spicy street food, custom local jewellery & many souvenir stalls

Your guide to Goa holidays

Things to do in Goa

The state’s laid-back capital Panaji, which sits on the banks of the broad Mandovi River is scattered with handsome colonial buildings and 17th-century churches. But there is plenty to get you out of your all inclusive resort including loads of natural sights!

Top things to do for youngsters in Goa

Goa’s beaches are fabulous and they’re perfect for a range of fun activities. If you’re looking for a swim, water sports or nice little spot you can just lay back and relax, Goa has something for you. There are a number of beach holiday resorts in Goa including Morjim, Vagator, Calangute, Candolim and Arossim.

There are also a number of all inclusive hotels available in Goa.

Hinduism was main religion before the Portuguese invaded Goa. However, their presence imposed Roman Catholicism among the locals. Now, there are three main religions in Goa which are Hinduism, Christianity and Islam.

Goa’s past has resulted in a number of diverse influences throughout the years. For hundreds of years, Hindu dynasties had power over the state of Goa, however Muslims tooks over in 1312, although their reign was short. Then, in 1524 the first European to ever reach India was the Portuguese captain Vasco da Gama. Later on between 1812 – 1815 Goa was occupied by the British. However at the end of 1961 India liberated Goa and officially became part of the country.

The Portuguese controlled Goa for four and half centuries, and their influence is nowhere more evident than in Old Goa. Now a UNESCO World Heritage Site, this was the capital until the 19th century and is full of splendid monasteries and churches. Among them is the Sé Cathedral, the largest church in India and home to a supposedly miraculous cross that grants miracles.

Goa is a fabulous destination for a family holiday. The beaches are breathtakingly beautiful and ideal for children of all ages. Older kids will enjoy the opportunities for trying out some of the water sports, such as windsurfing and parasailing. They will also enjoy rummaging through the hippy market at Anjuna Beach.

The charming cities of Panaji and Old Goa are a delight to wander around, and kids will enjoy the street food stalls and craft markets. The Bhagwan Mahavir Wildlife Sanctuary is Goa’s biggest nature reserve, home to the vast and impressive Dudhasagar Falls among many other natural and historic sites. The park is home to rare creatures such as black panthers, tigers and leopards, as well as more commonly sighted animals such as deer, wild boar and all kinds of snakes.

Plus, you’ll find a selection of cheap accommodation and luxury hotels in Goa.

Beautiful, relaxed and welcoming, Goa is a blissfully romantic holiday destination. You could simply bask on the golden sand and soak up the sun, then enjoy a cocktail in a boho-chic beach shack and follow it with a delicious supper of fish curry.

Perhaps go snorkelling or try your hand at parasailing or windsurfing. If you’re in the mood to dance, there are trance parties on the beach, and scores of clubs in popular resorts that will keep you partying all night long.

You could climb up to Fort Aguada to enjoy fabulous views, take a sunset cruise, or stroll through the romantically crumbling city of Old Goa, or the colourful capital of Panaji. When on a couples holiday, we know you’ll love a 5-star holiday to Goa!

The mouth-watering cuisine in Goa is a delicious fusion of Indian and Portuguese flavours. Seafood is a staple, although you’ll also find chicken and lamb (reflecting the prohibition of beef and pork in Hinduism and Islam respectively). Chicken xacuti is a zesty curry, and chicken cafreal is cooked with rum and plenty of chilli. For breakfast, try a bhali-pau (a roll dipped in curry). Plus, vegetarians will find plenty of restaurants and local dishes to choose from.

One of Goa’s most popular beach foods is the classic Goan dish of fish curry, which is flavoured with coconut milk and served with rice. Plus, alcohol is tolerated more widely in Goa than in other parts of the country, and the Goans produce their own fiery liqueur, called feni. It's made either from cashew or palm plants and is most palatable mixed with plenty of soda water.

You can expect prices to be quite cheap in Goa, a bottle of their local Kingfisher beer can be bought for anything between 50p-£1. A quick bite to eat might set you back a couple of pounds and a three-course meal can be enjoyed for around £20. There are also plenty of market stalls in Goa where you can haggle the prices down to anything near a 25-50% discount.

The beach parties and the music scene in Goa have been a magnet for travellers since the 1960s.

Baga - Much of the nightlife is concentrated in Baga, where you’ll find plenty of clubs, bars and open-air beach shacks. Whether you fancy a beer on the beach or want cocktails and dancing till dawn, there are plenty of options in Baga.

Anjuna Beach – This beach may be mellow by day, but by night the beach bars turn into psychedelic raves. There are quieter places close by to enjoy a cocktail or two, or you could head to the celebrated Club Cubana, regularly voted one of the best nightclubs in the world. Nearby Vagator Beach is also a popular choice for beach raves.

Where is hot in November?

As the winter days grow shorter, you’re probably thinking longingly of a break somewhere warm and sunny. So, where is hot in November? We’ve come up with a list of top 10 destinations offering balmy temperatures and lots of sunshine in November. From Spain to Cape Verde, and ... 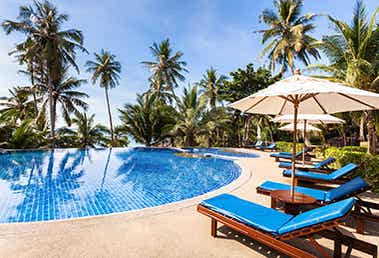 Where is hot in January?

Where is hot in January? Our guide to the top 10 destinations for winter sun will help you choose where to take your unforgettable January holiday. At loveholidays.com, our great-value all-inclusive holidays, late deals and low deposits make holidays affordable, so why not beat the winter blues this year ... 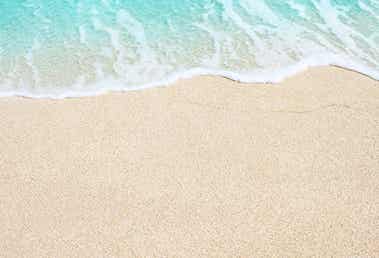 As the days grow shorter, who doesn’t start dreaming of a winter break in the sunshine? Either a short flight somewhere warm and sunny for a weekend escape, or perhaps somewhere further afield with gorgeous tropical beaches on which to soak up the sun. Somewhere that combines beaches with ...

What is the best time of year to visit Goa?

The best time to visit is between November and March as the weather is warm and pleasant.

Do I need a visa to visit Goa?

Yes. UK citizens require a visa to visit India as well as a valid passport. You can apply for a visa online. Find more information about visa and passport requirements on the government website.

How long is the flight from the UK to Goa?

The flight is approximately 9 hours 30 minutes.

What airport do you fly into when visiting Goa?

Dabolim Airport is the only international airport that serves Goa.

Do I need any injections to visit Goa?

Your GP may recommend diphtheria, polio and tetanus jabs (which can be combined into one!) as well as hepatitis A and typhoid jabs. It is best to talk to your GP to see if there’re any other recommended jabs to be taken for a visit to Goa.

Check out some of our top resorts in Goa: