A historic commercial port which was once the provider to what at the time was Tenerife’s wealthiest town, Garachico holidays have emerged from its eruption-strewn past, Mount Teide’s lava-product being the destroyer of much of what used to be, and what is now left is a fantastic beauty; encapsulating perfectly restored churches, naturally formed pools – lined by volcanic rock – and the captivating mainstay which is the Canarian culture.

On the north-western tip of Tenerife, you’ll be welcomed by the lowland’s stunning natural beauty, much of it mountainous conveyances of green mounds, basking in the almost all-year sunshine which the Canary Islands are famous for.

The main attraction on holidays to Garachico are undoubtedly the seawater rock pools, fringed by volcanic rock and hosting an array of maritime life, most of which can be found hiding beneath rocky struts and edgings – this is certainly a must-see during your time away. Beyond the naturally scintillating outlay, Garachico is also known for its Plaza de la Livertad, said to be the prettiest on the island and showcasing intriguing buildings that sparkle in the sunshine, and represent the town’s architecturally cultural inhabitations.

Delicious seafood will be the order of the day as you meander around resplendent restaurants, serving Spain’s traditional tapas-style cuisine. Elsewhere, you can visit the Church of Santa Ana to grab a picture of its majestic clock tower or, if you prefer something a little livelier, head to the town in August for the Festival of San Roque – a cultural offering that will have you enamoured with holidays in Garachico. 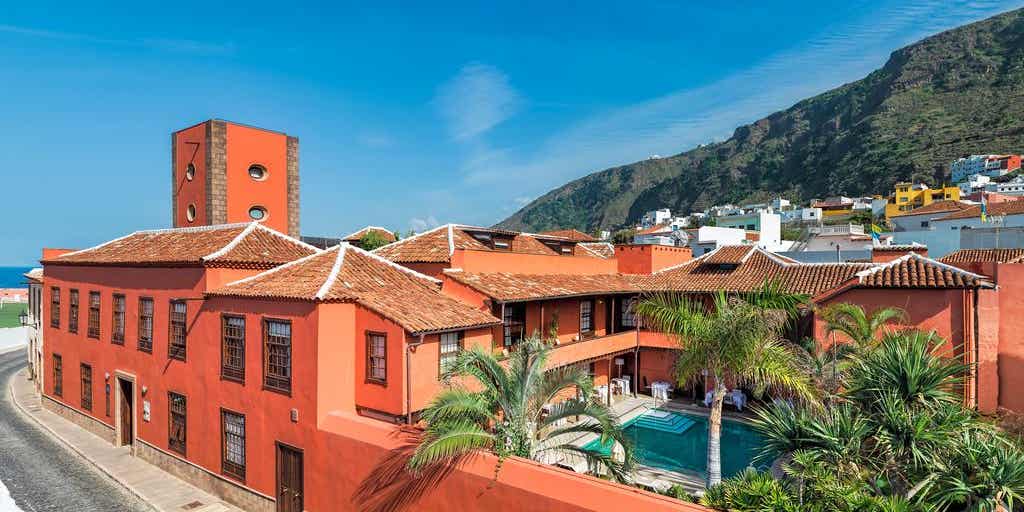 From £607 per person Check availability
View all Garachico hotel deals