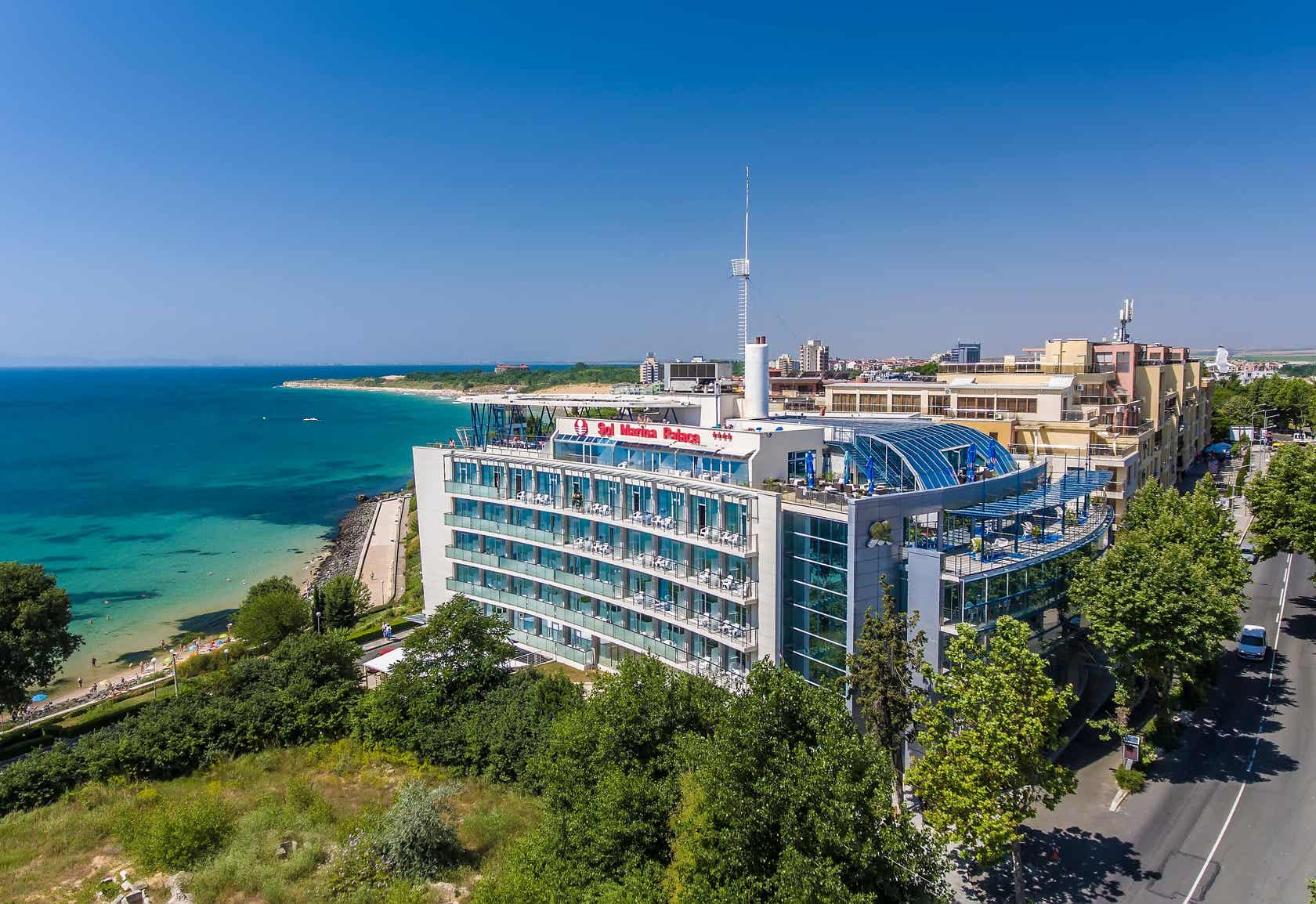 The 4-star Sol Marina Palace is situated in Nessebar, on the popular Black Sea coast of Bulgaria. This modern and friendly hotel has been awarded a Certificate of Excellence for its hospitality, and offers a warm welcome to business and leisure travellers. As well as its guestrooms, the hotel can provide two meeting rooms seating up to 160.

The Sol Marina Palace offers a great selection of 123 comfortably furnished double rooms, one single room and four apartments, situated on six levels. Most of the rooms have an amazing sea view, and are fully equipped with all modern amenities, including free WiFi and satellite/cable television. There are several bars and restaurants to choose from, both indoors and outdoors, where you can enjoy anything from a sit-down menu to a cocktail at the Skybar. Apart from the breathtaking rooftop pool and Jacuzzi, you can also push your limits in the fitness centre, or have a relaxing massage or sauna.

The Sol Marina Palace sits just near the peninsula road which leads to the old town of Nessebar, with its unique island antiquities. It's a designated UNESCO World Heritage Site, with many places to visit including an ancient theatre, an archaeological museum, and some fascinating orthodox churches. On the other side of the hotel is the new town of Nessebar, with its wide variety of shops, bars and restaurants, plus some of Bulgaria's most awesome beaches – and all the water sports you could wish for!

Please note, although the hotel itself is accessible, the property may not be suitable for those with walking difficulties because there is a steep incline from the beach to the hotel.

Make yourself at home in one of the 128 air-conditioned rooms featuring flat-screen televisions. Rooms have private balconies. Complimentary wired and wireless Internet access keeps you connected, and cable programming provides entertainment. Private bathrooms with showers feature rainfall showerheads and bidets.

Nessebar is often referred to as the Pearl of the Black Sea with a rich city-museum defined by more than three millennia of ever-changing history.

Although the hotel itself is accessible, the property may not be suitable for those with walking difficulties because there is a steep incline from the beach to the hotel.

Sol Nessebar Palace
See all hotels in Other Europe
4.4/5